Dear Friends, On the Amunet forum, we aggregating and posting data from more than a hundreds different sources, and we will also tell you about new high sensitive leaks and news in the IT and information security.

You are using an out of date browser. It may not display this or other websites correctly.
You should upgrade or use an alternative browser. 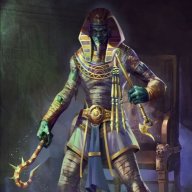 1) DDoS Attack
DDoS Attack is a tool that can be used to perform a Distributed Denial of Service attack. This application can monitor the event log from numerous sources to find and detect DDoS activities.
SolarWinds DDoS Attack
Features:

10) RUDY
RUDY is a short form of R-U-Dead-Yet. It is one of the free ddos attack tools that helps you to perform the DDoS attack online with ease. It targets cloud applications by starvation of sessions available on the web server.

11) TorвЂ™s Hammer
TorвЂ™s hammer is an application-layer DDoS software program. You can use this ddos online tool to target web applications and a web server. It performs browser-based internet request that is used to load web pages.
Tor's Hammer
Features:
Link: https://sourceforge.net/projects/torshammer/

12) DAVOSET
DAVOSET is software for committing DDOS attacks via abuse of any website functionality. This command line tool helps you to commit distributed denial of service attacks without any hassle.
DAVOSET
Features:
Link: https://packetstormsecurity.com/files/123084/DAVOSET-1.1.3.html

13) GoldenEye
GoldenEye tool conducts a DDoS attack by sending an HTTP request to the server. It utilizes a KeepAlive message paired with cache-control options to persist socket connection busting.
GoldenEye
Features:
Link: https://sourceforge.net/projects/goldeneye/
Last edited: Apr 5, 2022
You must log in or register to reply here.